The Moonbase opens with the TARDIS being guided somewhere with the Doctor, Ben and Polly hanging onto the console for dear life and when they land and find out that they are on something that looks like Mars according to Ben but, is in fact, the Earth’s moon. 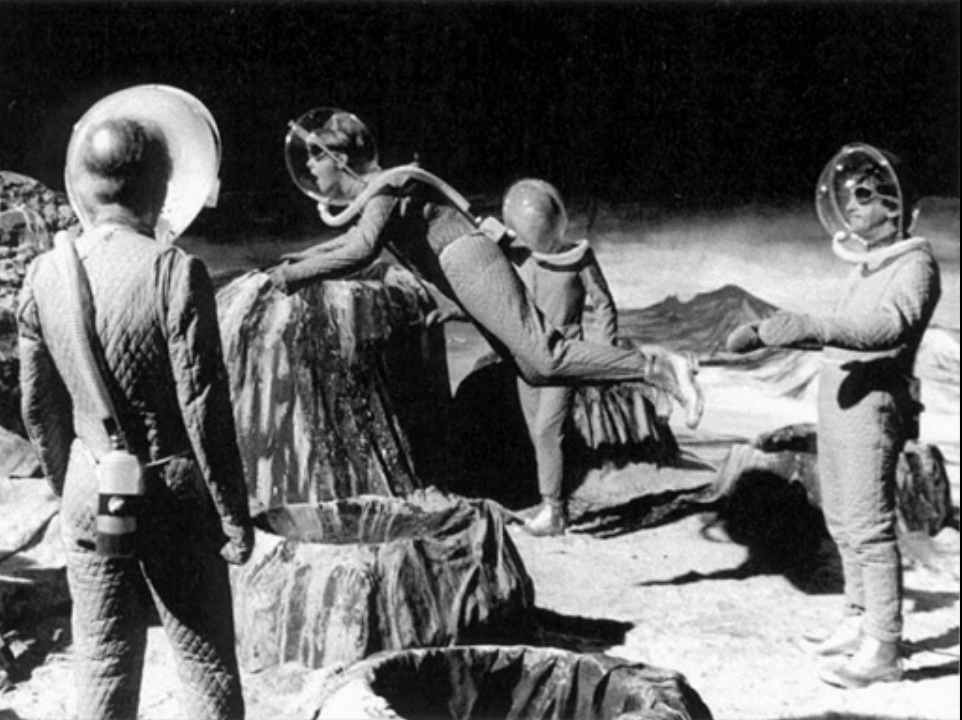 Now, you have to remember that this was broadcast in 1967 so, a couple of years before the moon landing. Naturally they want to go and have a look around and we find out that the TARDIS has some spacesuits (which I am not sure we had seen before) and they go out on the moon and jape around for a bit until an accident causes Jamie to knock himself out.

Jamie is then taken into a base situated on the moon by others in space suits (which are strangely identical to the ones that the TARDIS crew were wearing), and they follow them into the base. There they discover that a strange virus is affecting people on the base, a virus that causes people to have black lines all over their bodies.

On the base are lots of scientists from all nations who are using a new technology called the Gravitron, to control the weather on the Earth. The Doctor offers his services when another scientist goes down with the virus and the Moonbase is quarantined by space control.

From that point on the story is very tense as the people on the base kept on falling victim to this virus and the Doctor, his companions, and the crew all try to work out the cause of the virus and try to stop it before it takes over the entire base.

Of course it was a race against time for the Doctor and his companions as they are trapped there as much as the crew of the Moobase are and that they are just as in danger as they are so they are really involved in the story and they need to work out what is going on for their own safety as well as the rest of the base.

Polly is noticeable as the only female in the story but other than the characters are from all nations with English, French, Swedish, Australian people represented. The Cybermen are very menacing in this episode with their harsh electronic voices and the use of music whenever they appear, even to the extent that you know they are about to appear as certain music plays, which is very atmospheric indeed.

Patrick Troughton is excellent as the Doctor in this story as is Patrick Barr as Hobson the leader of the base. Polly doesn’t get a great deal to do in this story other than act as a nurse to Jamie for most of the story and make coffee for the people on the base but she does at least come up with a good plan to get rid of the Cybermen involving nail varnish remover which is probably not something anyone else on the base would consider.

Jamie spends a lot of the story unconscious and probably has less to do than Polly does. Ben, on the other hand, gets quite a lot to do in this story, and gets stuck into the action, generally helping out on the base etc.

This is very different from the previous story, and is quite easily the best second Doctor story so far and has some quite tense moments and decent cliffhangers, the end of the first episode as Jamie wakes to see a Cyberman approaching him one of them, and then the second one which is similar to the first one in that a Cyberman climbs out of a bed in the medical room and approaches them and then the last cliffhanger which sees an army of Cyberman approaching the base, pretty much the same cliffhanger each time but they are all excellent moments in a story full of memorable scenes.